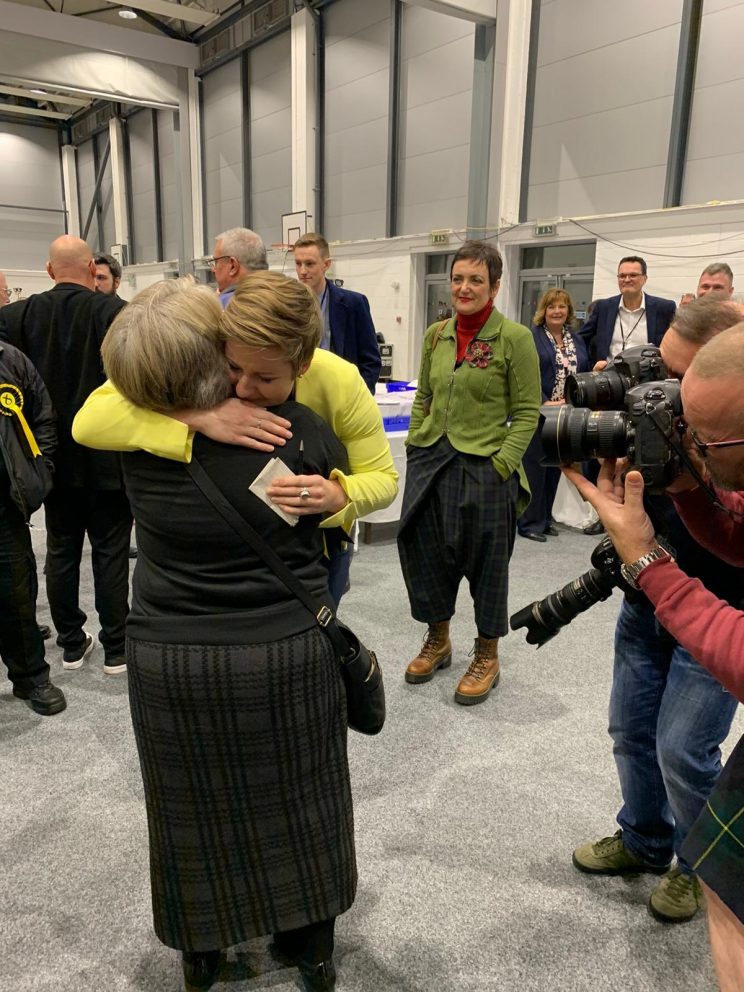 “I’m hugely grateful to have been given the opportunity to represent Livingston for the third time. It is an honour and a privilege, and I’d like to thank everyone who put their trust in me and the Scottish National Party.

“However you voted, I am your Member of Parliament and my team and I will continue to do all we can to serve each and every one of you.

“I’m also incredibly excited to have an increased number of Scottish National Party colleagues but I have mixed emotions about going back to Westminster. Brexit has shone a light on the dysfunctional nature of Westminster and a Conservative majority is bad news for people in Livingston, particularly our poorest and most vulnerable.

“Brexit is not something that the majority of my constituents in Livingston or in Scotland voted for. And as things stand, the devastating impact of Brexit will be felt across the constituency.

“Boris Johnson’s rhetoric about getting Brexit done by the end of 2020 is simply a fantasy. Whether Scotland remains within the U.K. or not, the U.K. and Westminster is going to be debating and trying to sort out Brexit for the next five to 10 years.

“However, an increased number of SNP MPs is a huge opportunity and it’s a strong message to Boris Johnson, to the Conservative government … Scotland has the right to choose its own future.

“We will never take anyone’s votes for granted nor are we taking them to mean that they necessarily support Independence. But anybody who believes in democracy can recognise when a party wins the election, as we have done in Scotland, with 80% of the seats on a manifesto commitment to put Scotland’s future into Scotland’s hands – Scotland deserves the right to choose its own future.”