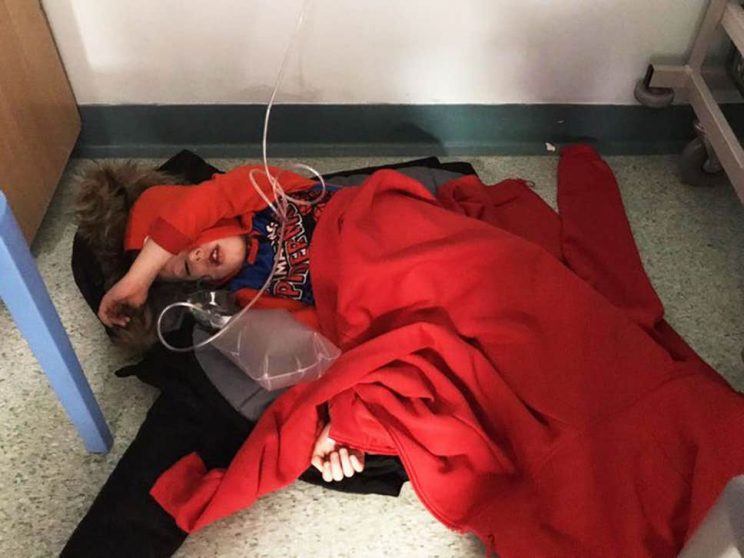 The appalling manner in which Boris Johnson responded to the image of a sick 4-yr-old being treated on the floor of a hospital due to lack of beds shows not only his lack of compassion, but his complete inability to recognise the impact of Tory cuts on our #NHS.

Attempting to turn a question about a child in pain to an answer about Brexit shows how little Boris Johnson and his right-wing Tories care about our people, our public services and in particular our NHS.

And while the NHS is devolved in Scotland – it cannot escape the impact of Tory austerity and any Trump trade deals that push up drug prices. Since 2010 17,000 beds have been cut from the NHS in England; the remaining 127,225 make up the smallest number of beds available since records began in 1987/88.

Add to that the real risk to our NHS of a Trump trade deal and you can understand why the SNP has made a manifesto commitment to introduce an NHS Protection Act.

There is not a life in this country that our precious NHS has not touched. But the Tories’ desperation for a post-Brexit trade deal with Donald Trump has exposed how vulnerable our NHS could be to future trade deals in the hands of those who don’t care about it.
The NHS Protection Act would enshrine in law that our NHS must be protected as publicly owned, publicly operated, and its services publicly commissioned.
The Bill would explicitly prevent any future UK Government from signing up to any agreement that made the NHS, in any part of the UK, a bargaining chip of any kind in any future trade deals.

The Act would stipulate that any goods or services that are procured by the NHS must be explicitly prevented from being subject to any future ‘investment protection mechanisms’ or ‘investor state dispute resolution mechanisms.

As a double-lock on protecting our NHS, the new law would also ensure that future trade deals would require the explicit consent of the Scottish Parliament, Welsh Assembly, and Northern Irish Assembly and confirmation that any deal did not adversely impact our respective health services prior to ratification.

The SNP would also support moves to re-instate a publicly owned, publicly operated, and publicly commissioned NHS in England through the replacement or significant amendment of the Health and Social Care Act 2012.

The bottom line is this – the SNP will never let any UK Government trade away Scotland’s NHS and a vote for the SNP will keep Boris Johnson’s hands off our health service.